Do you need a repair on your car? If so, you'll face a decision. Should you take it to the dealer or take it to an independent auto body shop? There are a number of differences between the two, but one of the biggest is that dealers use original equipment manufacturer (OEM) parts, which are the same parts that were used in the production of your car. Non-dealer body shops can use OEM parts, but they can also use aftermarket parts, which often differ from those used in the car's production. Here are the main differences between OEM and aftermarket parts, so you can make an informed decision about which to use:

The primary benefit of using an OEM part is that you know the quality of the part will be exactly the same as the one being replaced. There's no uncertainty that your new brake pads or steering column, for example, will be worse than they were before the repair. Also, there be some repairs in which it makes sense to use an OEM. In collision repairs, it's often advisable to use OEM panels and other exterior parts because they affect the appearance of the car.

Just because OEM parts are the same as what you had before, though, doesn't mean they're better. It's possible that your car manufacturer didn't use the best quality parts in certain areas of your car. Also, if you want OEM parts, you'll likely have to pay more for them than you would for aftermarket parts. Additionally, OEM parts can sometimes be hard to find. You may have to take the car to the dealer, and even then they may not have your specific part in stock.

Aftermarket parts are made independently by a company that is not affiliated with the production of a vehicle. For instance, a company may make brake rotors specifically as a replacement part and those rotors may be used in a wide variety of vehicles. The biggest benefits of aftermarket parts are cost and availability. You'll likely always be able to find an aftermarket part for your repair.

The quality of aftermarket parts can vary widely. Some companies may offer lower-quality parts at very inexpensive prices. On the other hand, other manufacturers may produce parts that are of even better quality than OEM parts. You can expect a direct correlation between price and quality when you're dealing with aftermarket parts.

Talk to your mechanic about what's right for you. He or she can show you a variety of aftermarket parts so you can find one that meets your budget and quality expectations. For more information, contact a company like Yearwood Performance Center.

The Importance of Knowing When to Replace Auto Parts

The Importance of Knowing When to Replace Auto Parts 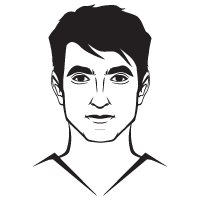 Don't you just hate it when you're driving down the road and your car breaks down, only to find out that if you would have just replaced the air filter or the cooling fan under the hood that you wouldn't be faced with a costly engine repair? Hopefully this hasn't actually happened to you – and it doesn't have to in the future either. Once you get to know the parts in your vehicle and how they interact with one another, you can easily spot when something isn't working properly so it can be repaired or replaced before something even bigger and more expensive goes wrong. This blog is designed to provide you with the ins and outs of basic auto parts you can expect to find under the hood so you will know when they need servicing or replacement as soon as possible.